Surprise – I’ve been keeping a secret that has been harder and harder to hide these days! We’re expecting Baby  #3 in August 2019! We are overjoyed and can’t wait to add a third little one to our family…although I’ll be honest and say the reality of being outnumbered is a little bit scary! 😉 Here’s a quick catch-up of due dates, how we found out, if we’re finding out the gender, etc. 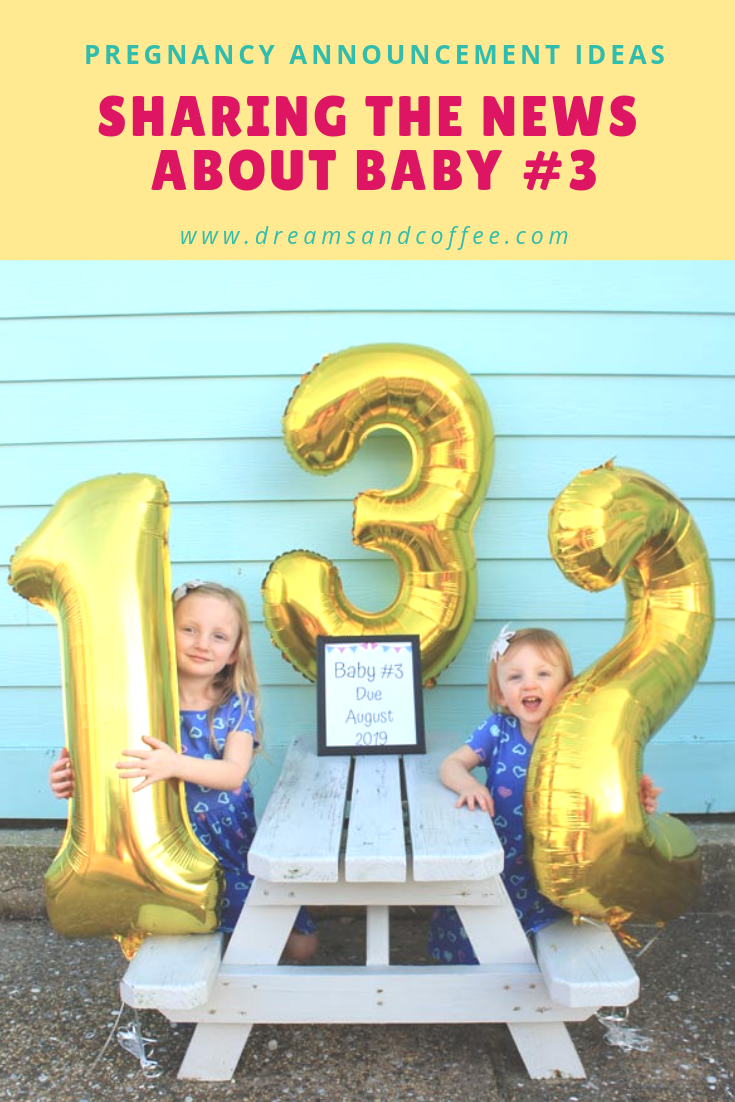 Baby #3 is due on August 13, 2019 and I’m 13 and a half weeks. Originally, the doctor gave me a due date of August 7th, which not kidding, was the due date they gave us for Blakely (who was actually born August 5th). After the ultrasound, the baby measured slightly smaller so my due date became August 13th. It doesn’t seem like there’s anything small about this babe, though, because my belly started popping around 10-11 weeks this time!

How We Found Out

After a LOT of thought, we finally decided late last summer we were ready for a third baby. It took me longer to come around than it did when we were deciding when to have baby number two because having a toddler and preschooler running your life makes you a lot more tired and well, your hands are always full. After Blakely turned two, I finally felt like I could handle another baby. A few months went by and I really wasn’t expecting this particular month to be pregnant, but in early December, I hosted a cookie exchange with friends and when they left, I was WIPED OUT. Like, unusual exhaustion. I laid on the sofa the rest of the afternoon and didn’t even cook dinner. The next morning, something told me I should take a pregnancy test and I did it, not expecting anything. It almost instantly showed two pink lines! 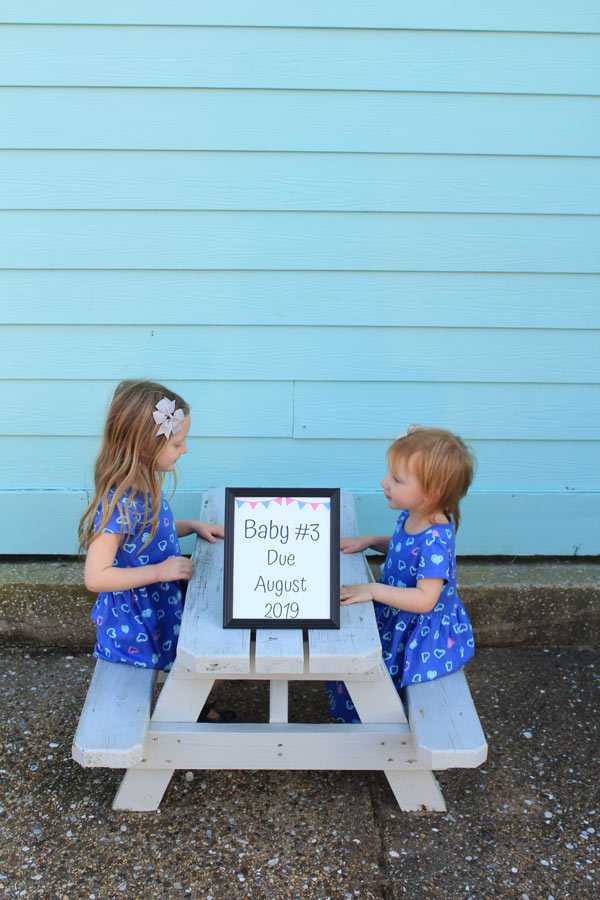 Finding Out the Gender

The answer to this is, absolutely, we will find out the gender! I’m such a planner and just need to know so I can ensure we’re as ready as possible. When we found out baby number two (Blakely) was a girl, I felt relieved because I didn’t have much to do to prepare other than paint the nursery since we had just moved into our house. We both think this baby could be a girl, too, just based on how similar I’ve felt and I’ve heard it’s more likely that you’ll have the same gender if you already have two of the same gender. We’ll see – we find out in early March! 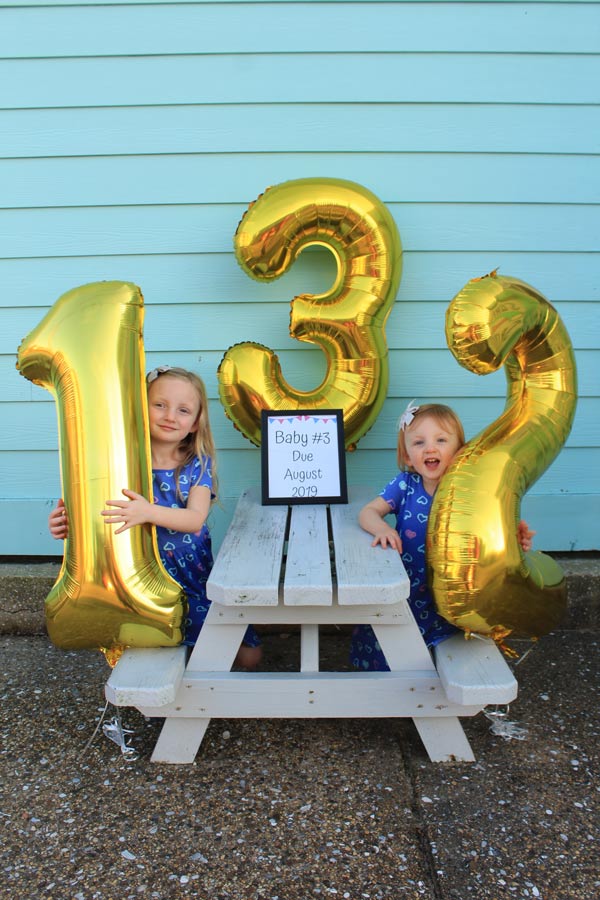 How I’ve Been Feeling

Just keeping it real – the first trimester does not treat me well. The symptoms seem to get a little more intense each time, especially the constant nausea. I spent much of December laying on the sofa as long as I possibly could each day with a 2- and 4-year-old running around! Similar to my second pregnancy, I’ve been taking Diclegis around the clock for help with the nausea and a weird symptom struck this time, heartburn and indigestion. I don’t really remember it much with my other two, but this time, I’ve had to take Zantac pretty regularly. Fortunately, I finally turned a corner a few weeks ago and feel a little better each day. I’ve managed to keep up with my workouts throughout the first trimester (unlike my second pregnancy, where I barely worked out the first 13 weeks) – I may have missed a week’s worth of workouts in total this time over 13+ weeks. Also, this time around, I have Pure Barre to keep me strong throughout pregnancy – I love how low-impact the workout is but it’s so effective.

I have lots more to share with you guys – I promise this won’t turn into a pregnancy blog, but I did a really bad job of documenting my second pregnancy and I want to do better this time! After your first baby, life really doesn’t revolve solely around your pregnancy any more because you have kids keeping you busy – so, I want to keep track where I can! 😉