I had great intentions of blogging more often, but it just seems like time flies by! Since I missed posting about Blair turning 5 months, I’m combining months 5 & 6 🙂 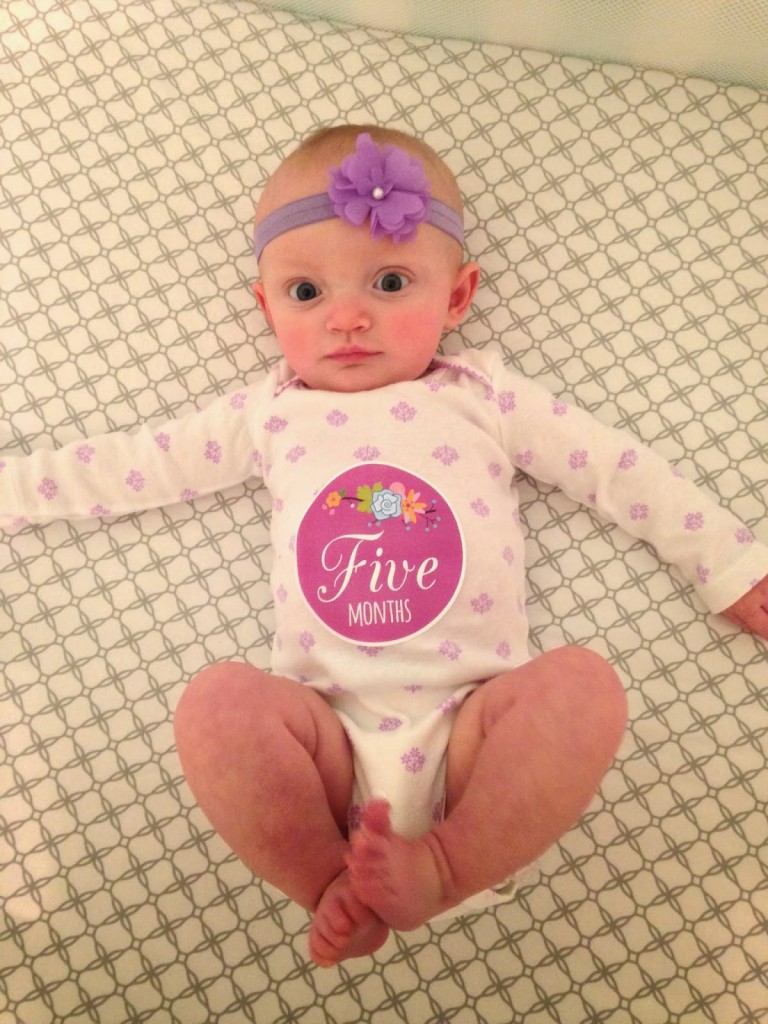 I’m amazed at how much Blair has grown and how much she seems to learn every day. Her smiles make us melt…and because of that, she’s so spoiled! She lets us know when she’s not happy by screaming at the top of her lungs – we’ve learned to tell the difference between when she’s actually upset and when she’s just trying to get her way 😉 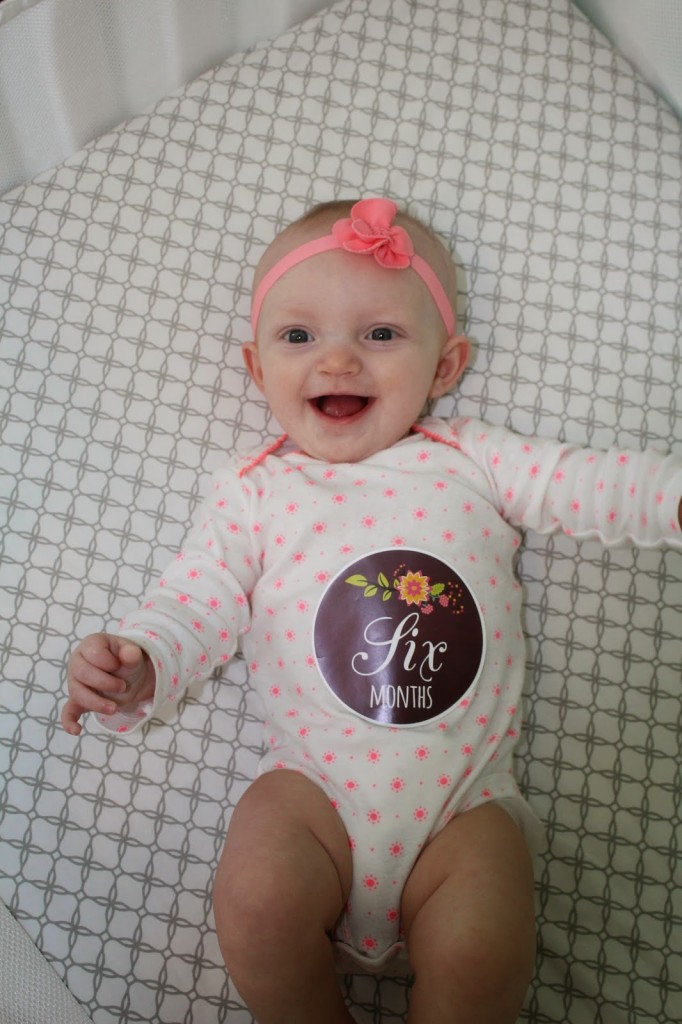 She always wants us to help her stand – which makes for really tired (or toned, whichever way you want to look at it) arms. At 5 months, she started rolling from her back to her stomach – and now, you can’t keep her still. Simple things like changing a diaper are no longer simple! She’s SO close to sitting up on her own – she can do it for a little while, but then she tends to lose her balance and lean backwards. It won’t be long, though! 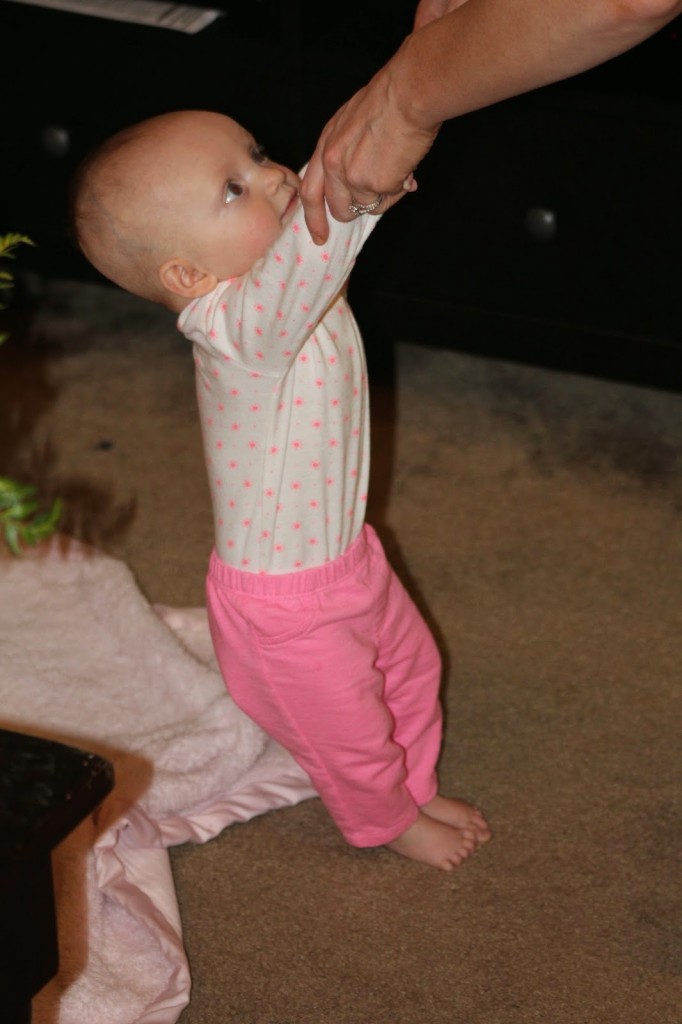 I was going to wait until 6 months to give her solids, but her pediatrician said if she was reaching for our food, then she’s probably ready. And she was reaching for my food pretty much all the time around 4.5 to 5 months. We tried oatmeal first, but she didn’t love it. I chose to make her food instead of buying it, because I know what’s in it and I want her to have only organic/no preservatives. I made her some avocado puree after trying oatmeal for a few days, and she seemed to really enjoy it, in comparison. I was aiming to do butternut squash next, but I had a hard time finding organic – I need to make a Whole Foods trip (side note: why is WF so far away?!). So instead, we went with organic sweet potatoes. O M G, she LOVES sweet potatoes. I’m actually afraid that everything else we give her will be a disappointment after the sweet potatoes! We tried peas recently and she hated them. I mean, I’ve never seen her make such awful faces before! I think we might have to sneak some green veggies in with something that tastes better, for now – there’s nothing wrong with tricking your kids, right? 🙂 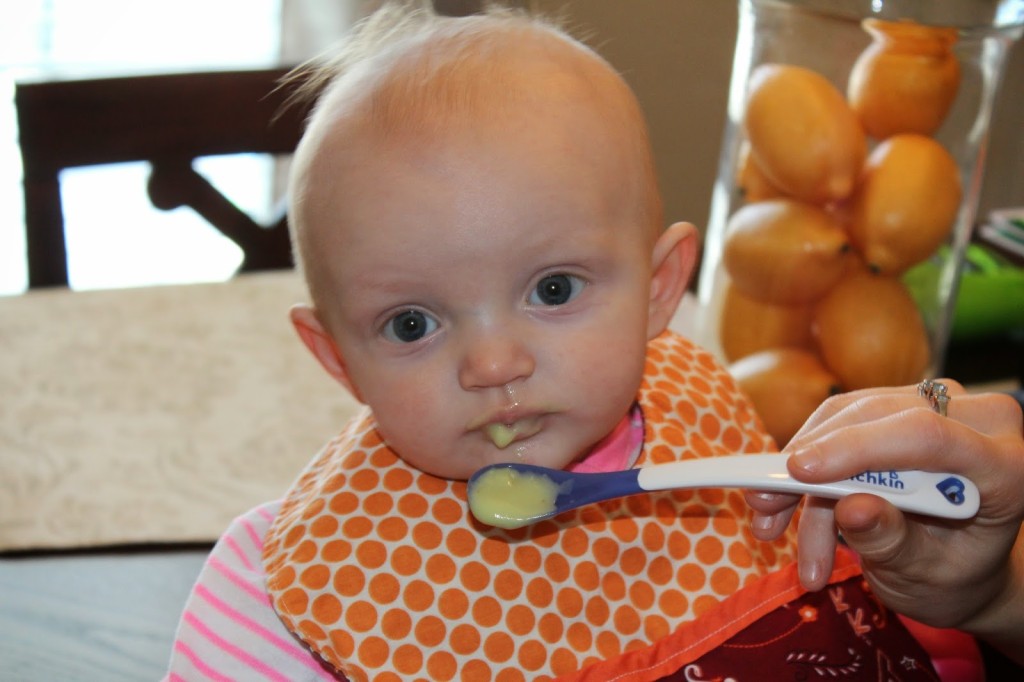 I feel like she’s grown so much in months 5 & 6, and I know that the next few months will be full of milestones, too. I’m pretty sure she’d be happy if she could walk already – you can tell she wants to, and she ‘talks’ to you like she’s trying to have a conversation! 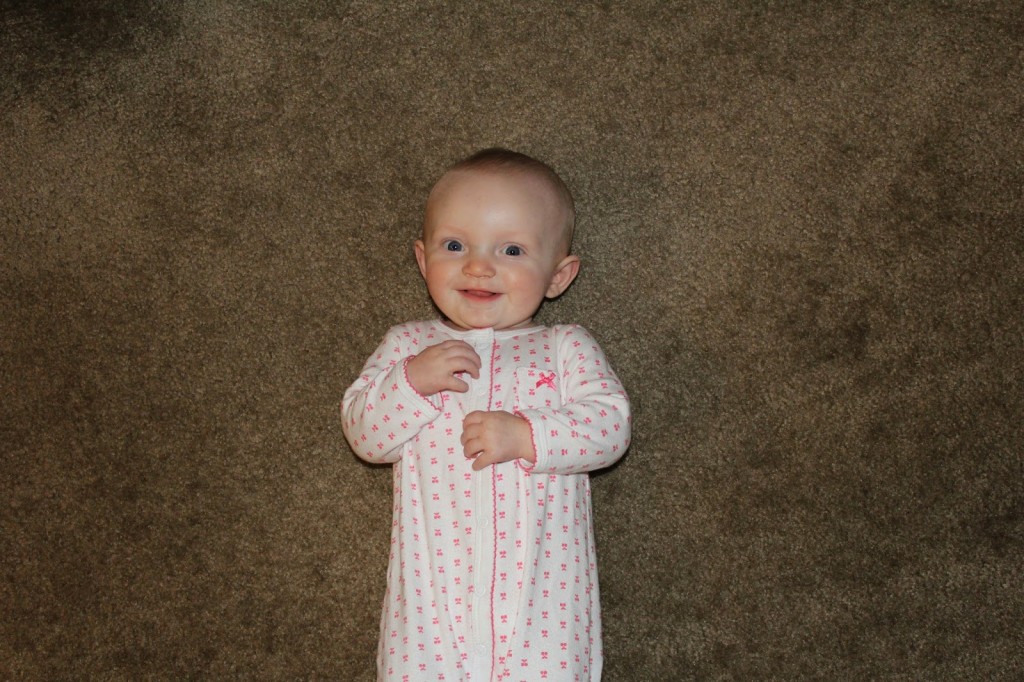 We realized the other day that she’s so close to being on the move and we’ve done zero baby proofing. I’m pretty sure we need to do that ASAP, because she’s going to be into everything before we know it. She already has a mischievous side! 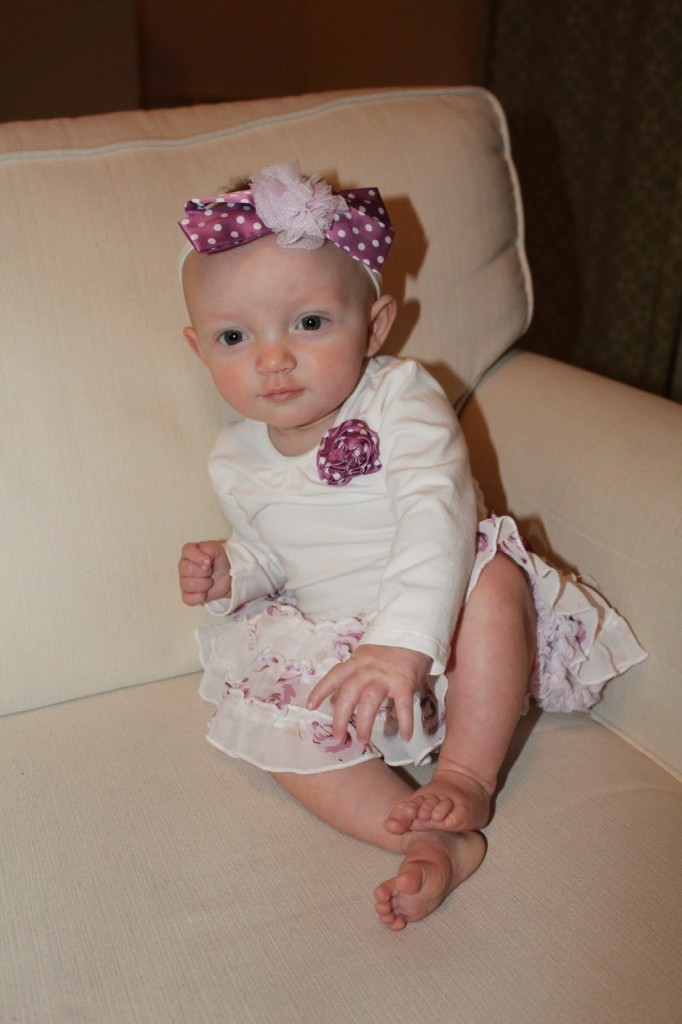 We (okay, I) had a hard time transitioning her to the crib at night. She slept in our bedroom in her swing, pretty much from day one. She started out in the Rock ‘n Play, but that lasted about two weeks, until she started to hate it. We quickly realized she liked the swing and ended up taking advantage of that for the past 6 months. It put her to sleep pretty much instantly, so it was hard to break her (and us) of the habit. We tried putting her in the crib for daytime naps, but she absolutely hated it. We spent an hour just getting her to finally fall asleep, and then she’d sleep less than 30 minutes. We didn’t put as much effort into it as we should’ve, and we kept using the swing at night because we knew it meant we’d all get some sleep. Well, finally, we put her in her crib Saturday night for the first time – and she slept pretty great. I, on the other hand, woke up over and over until 3am and then when I finally got into a deep sleep, she woke up at 5, 7, and 8:30am. So Sunday morning was not pretty!
Sunday night was her second night sleeping in her crib – and she did great! I even got some sleep, too 😉 After 6 months, I think we just might have a crib sleeper – this little trick helps a ton, though (more to come on this!). 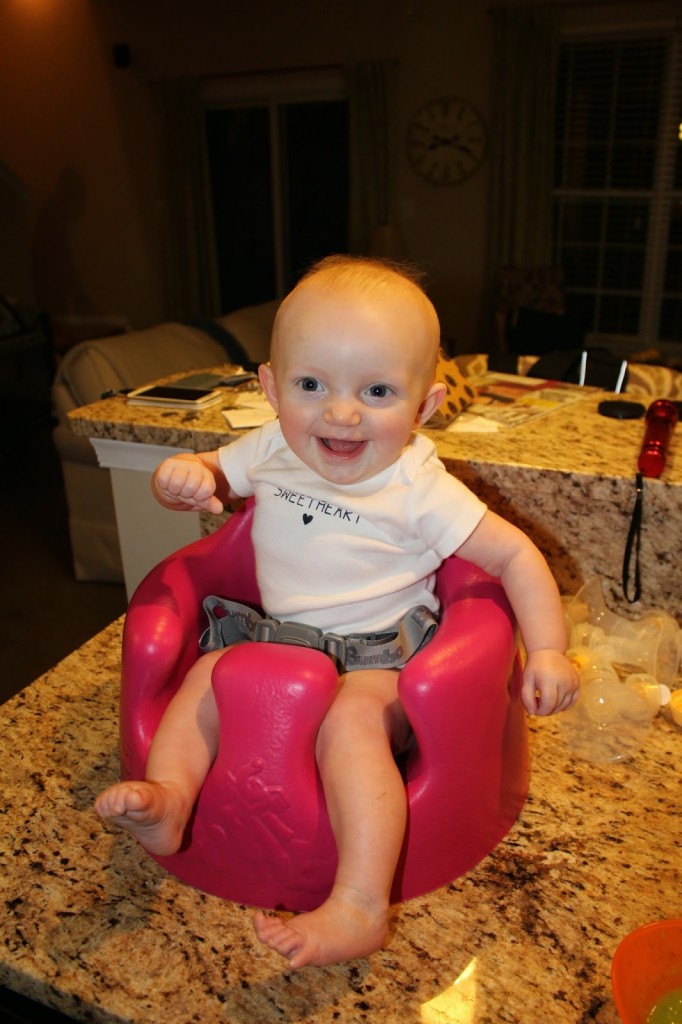 14.6 pounds
26 inches long
Wearing mostly 6-month clothes, but a few 3-month shirts/onesies still fit. Length-wise, she could probably start wearing her 9-month clothes – but I’m not trying to rush it. Can she just stay little?! 🙂

She doesn’t love:
I feel like she’s changed so much over the past two months, and I know she’s going to change even more dramatically over the next few months. I think we’ve probably got our hands full with her, and I also think we’ll need to start baby proofing ASAP! 🙂