It’s amazing how quickly time passes…and how quickly I forget I have a blog to update. 😉 Similar to last time, I’m going to group Blair’s monthly updates and highlight months 7 & 8! After all, she’ll be NINE months next week. Seriously, stop growing so fast, sweet girl! 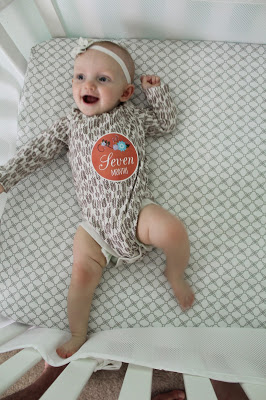 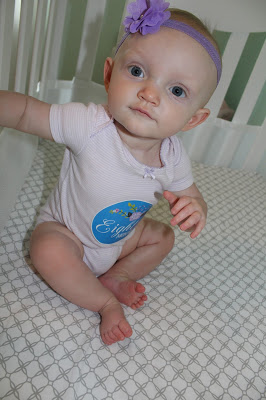 When I left off last time, Blair was super close to sitting up….and I think she actually started sitting up unassisted a week after that update! In the past two months, she’s learned so much and she’s fully on the move now. She started crawling a day after turning 8 months old and hasn’t looked back! As if crawling wasn’t enough, she’s also pulling up to standing without zero effort and she’s started letting go of things and standing on her own for a few seconds. I think we’ll have a walker before my next update! 😉 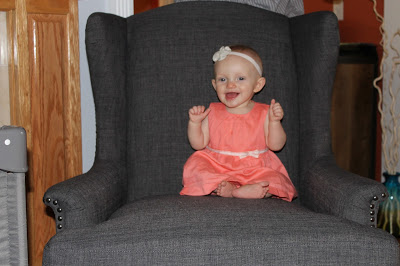 We started swim lessons and she loves the water! There are only two more sessions to go, and then we’ll keep practicing at our neighborhood pool all summer. I’m so glad she loves the water – because we usually spend a lot of time at the beach and the pool! 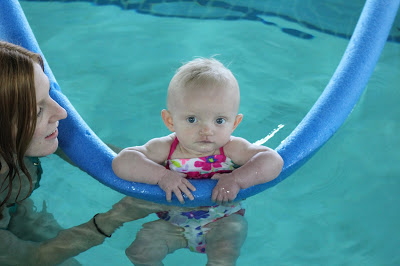 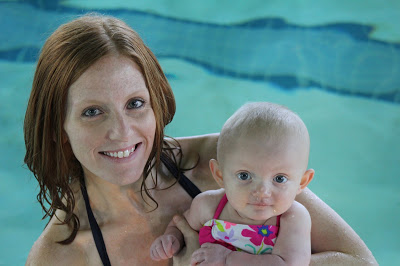 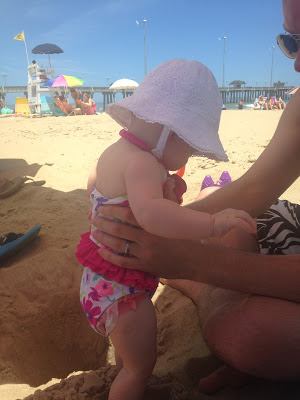 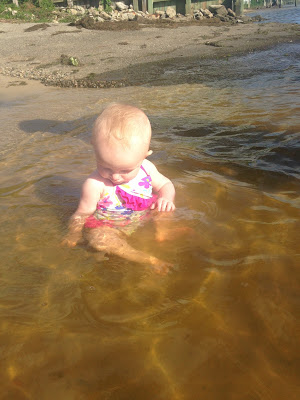 Blair loves eating solid foods and we’ve tried a variety of different purees. The only thing she still refuses to eat are peas…she hates them! Some of her favorites are sweet potatoes, mango, apricot, avocado, strawberries, pears and greek yogurt. We also started giving her organic yogurt melts and she loves them! We’ve done a few meat purees, and she eats them…but neither one of us really love the idea of them! Pureed turkey looks and smells unpleasant 😉 She’s still only eating solids a few times a day, and prefers breastmilk…pretty much anytime. 🙂 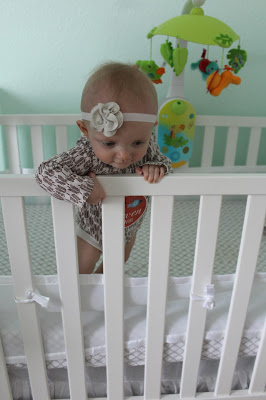 She’s done a great job of putting herself to sleep in her crib – and she’s still in the Magic Sleepsuit for now because it definitely helps her sleep! She goes through phases of sleeping through the night and waking up at 3am other times. There’s no rhyme or reason but we’re used to it by now 😉 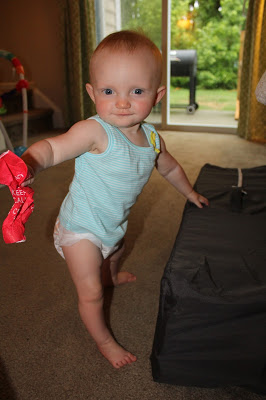 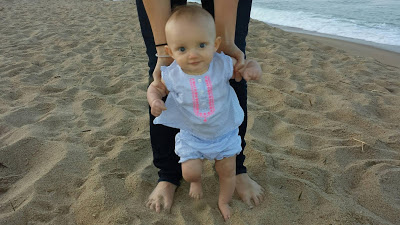 It constantly amazes me how much she changes in such a short amount of time, but it’s so fun to reach new milestones! She’s such a sweetheart, but I know we’ll have our hands full over the next few months as she starts walking! As always, I can’t wait to watch her learn new things 🙂 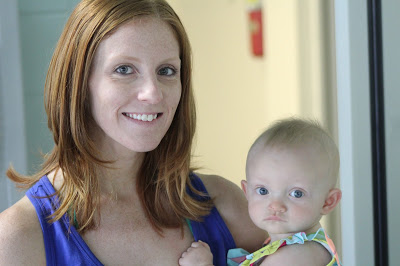