It’s hard to believe that a month has already gone by – when people tell you time flies, it’s no joke! It seems like we were just at the hospital awaiting Blair’s arrival, but she’s been here for 4 whole (amazing) weeks. 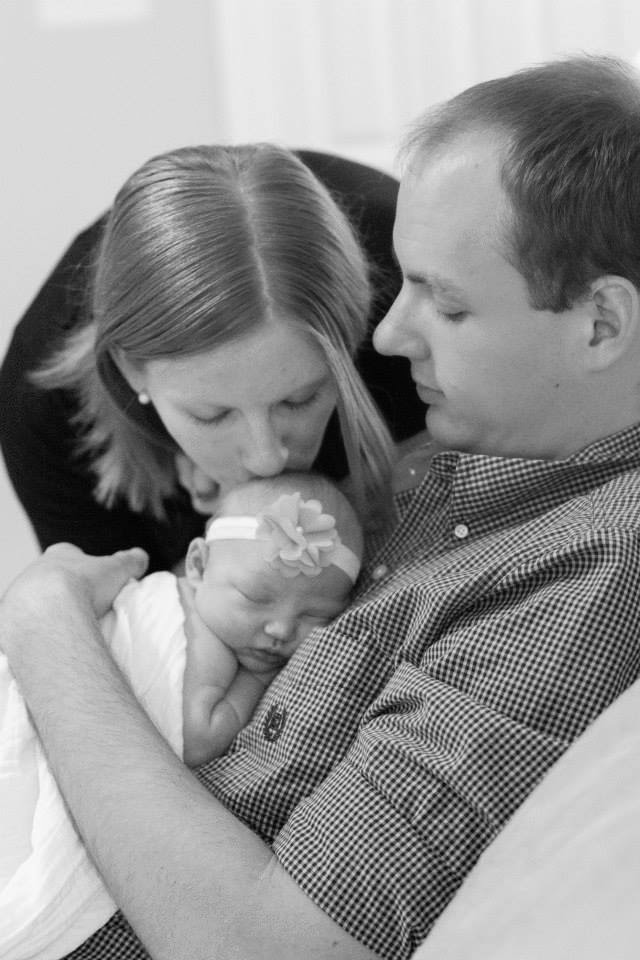 She’s still teeny – she hasn’t surpassed her birth weight yet, but she should be really close now. We go back to the doctor next week, so we’ll find out then. Hopefully she’s at least gotten to her birth weight by then. I think her being in the nursery at the hospital for almost two days only taking in IV fluids is what caused such a drop in her weight, but she eats a lot now to make up for it! She’s getting a few ounces of formula as a supplement to help her put on weight, which was not ideal, but ultimately, I just want her to be healthy & grow! I read a lot of things in baby books to prepare me for childbirth and newborn care, but one thing I apparently missed was how hard breastfeeding is! Blair does great and didn’t have any issues, despite not getting the skin-to-skin time at the hospital and not getting to eat until the end of day two – but I’m doing everything I can to help her gain weight…including pumping throughout the day, drinking Mother’s Milk tea (tastes like licorice…gross), taking Fenugreek capsules 3x a day, and experimenting with Brewer’s Yeast (a few failed attempts later, I think I finally found an edible recipe!). It’s been a ‘round the clock’ job, but it’s worth it knowing that she’s getting everything she needs and isn’t starving. The first week was rough because she was SO hungry and I felt like she wasn’t getting enough to eat, but everything worked out finally! 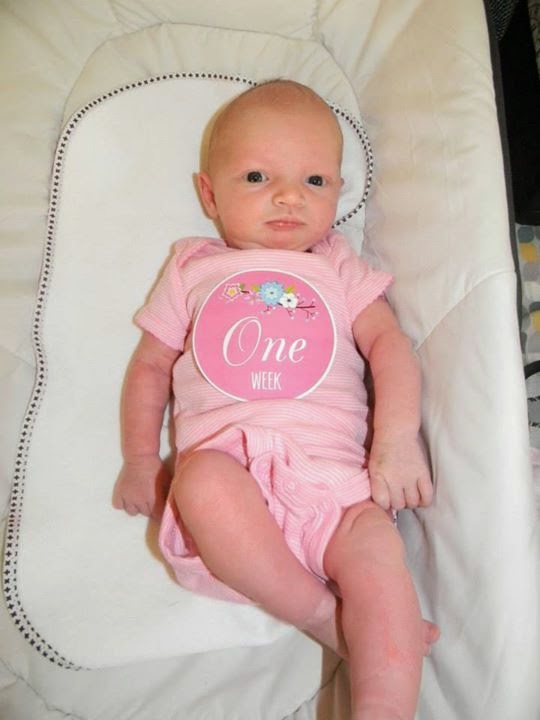 One thing we noticed right away was that she was awfully fussy, especially in the evening. In fact, we had a rough night about 4 days after we brought her home – she was awake for 12 hours straight, crying. I fed her for what felt like hours on end, and she screamed when she wasn’t eating. Let’s just say, we were all crying that night! We finally figured out she has a little bit of colic and maybe a bit of reflux, too, so she’s been getting a few doses of gripe water every day. This stuff works like a charm most of the time – highly recommended! We also tried following The Happiest Baby on the Block/Dr. Karp’s ‘Five S’s’, which seem to help. We ended up going out and buying a swing and a Halo Swaddle that first week – two of the ‘S’s’ – whatever works, right?! 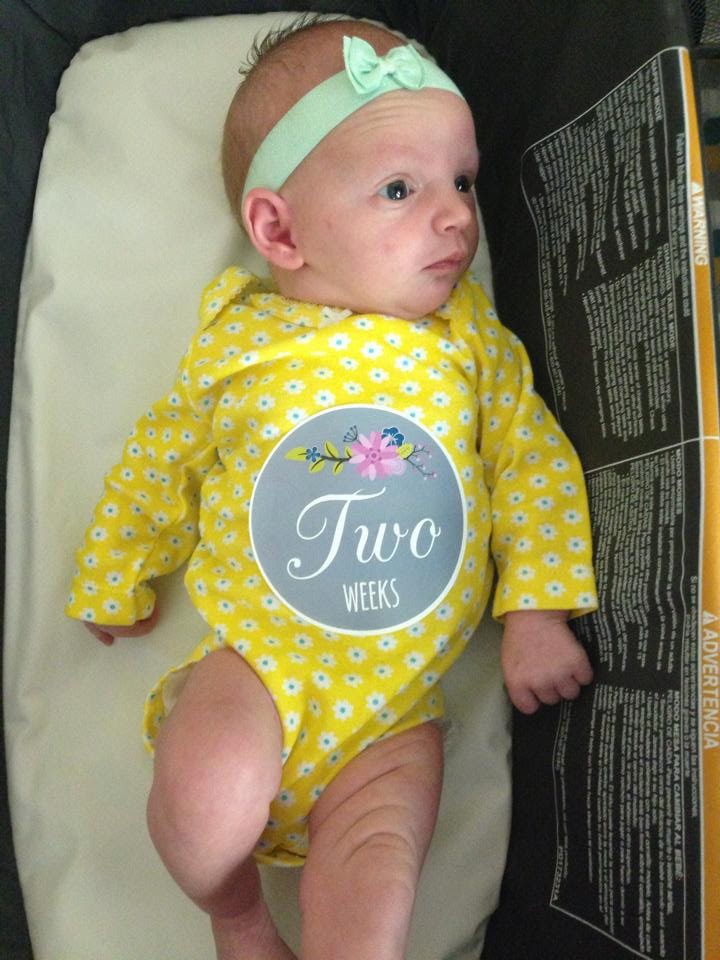 Luckily, things got way better in terms of sleep, and she does pretty great at night once we’ve gotten her to sleep. She sometimes doesn’t WANT to go to sleep at night, but once she’s out, she’ll sleep for 4-5 hours at a time. We found this out by accident, as we apparently sleep through my alarm I set for every 3 hours (sleep deprivation is a real thing…ha). 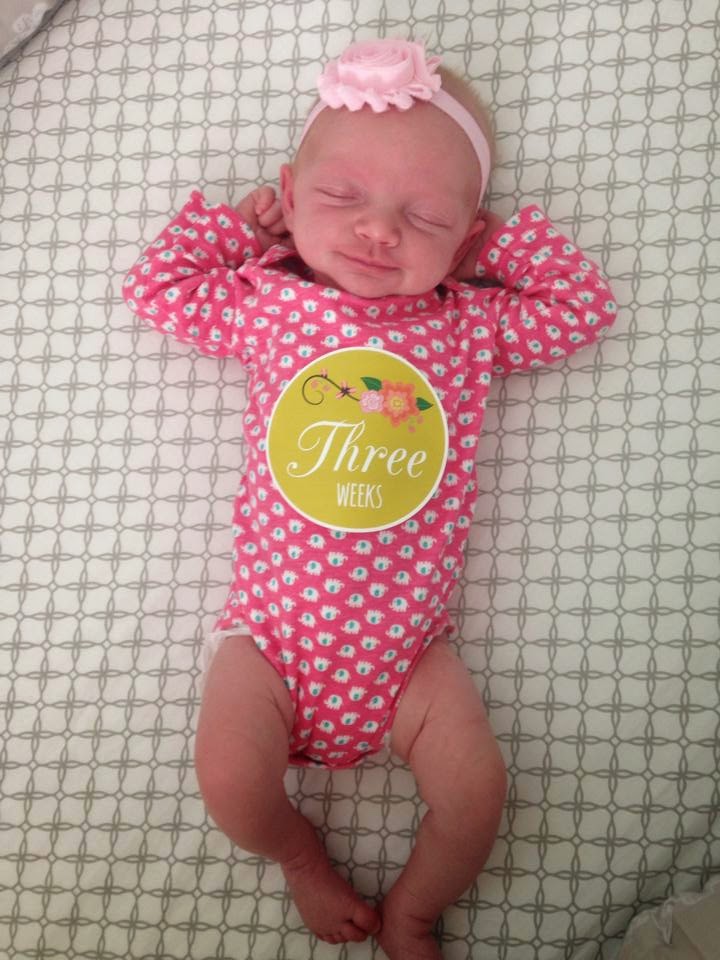 She loves car rides (especially to Starbucks…she’s going to be addicted like her mama is), walks in the stroller occasionally (sometimes not so much), eating(!), bath time, watching Paige, sleeping on my chest (but not so much in the Rock ‘n Play), and daddy has the magic touch for making her fall asleep – the only way I can get her to sleep is to feed her! :/
She’s not so crazy about the doctor’s office (but then again, who is?!), pacifiers (won’t take them at. all.), sitting in a dirty diaper for even a single minute (she lets us know it’s time to be changed ASAP), cold feet, cold wipes, or sleeping from 7pm-midnight (depends on the night…but I’m sensing a trend – I think she’s a night owl like I am). 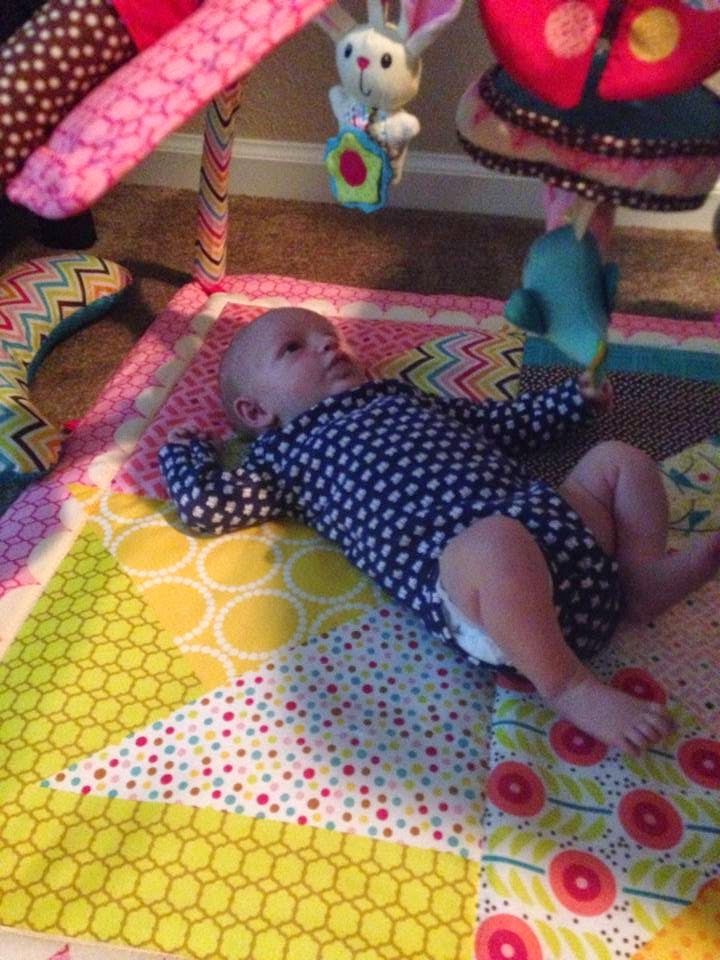 The process of having a baby was actually really easy and a lot more pleasant than I expected, but taking care of a baby 24/7 is definitely as hard as people say it is! We’re getting into a routine, and I’ve been reading Moms on Call, hopefully to learn how to get a real routine going to make things easier. After a month, everything is finally starting to feel comfortable and a little bit less stressful. I can’t believe she’s a month old, though – I know there will be many more changes in the upcoming month!