Two months! I can’t believe she’s been here that long…it seems like it was just yesterday when we were terrified we were going to ‘break’ her when we tried to change her clothes and I was anxious every time she cried. I feel like her personality really started to shine through around 5 or 6 weeks…and now, I feel like she’s changed SO much from month one. 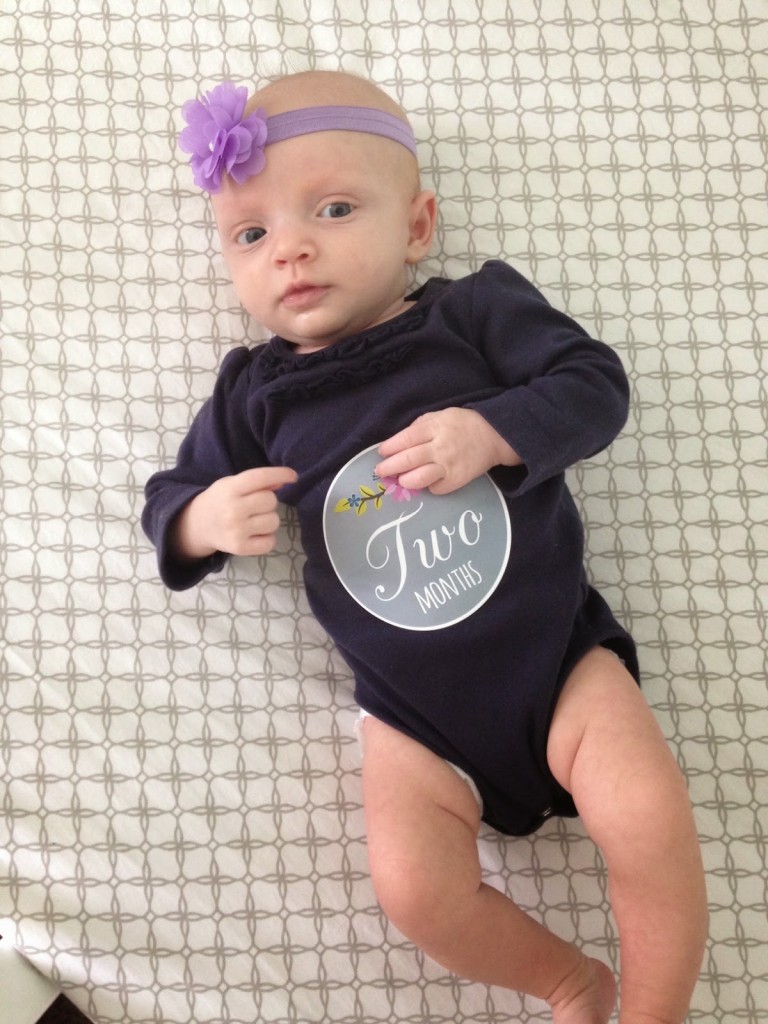 She was really fussy that first month, and it felt like no matter what we did, we couldn’t really calm the fussiness. Things have changed a LOT since then! She’s so much happier and we got our first big smile from her in her second month – and now we know just what to do to get a smile…it works just about every time! 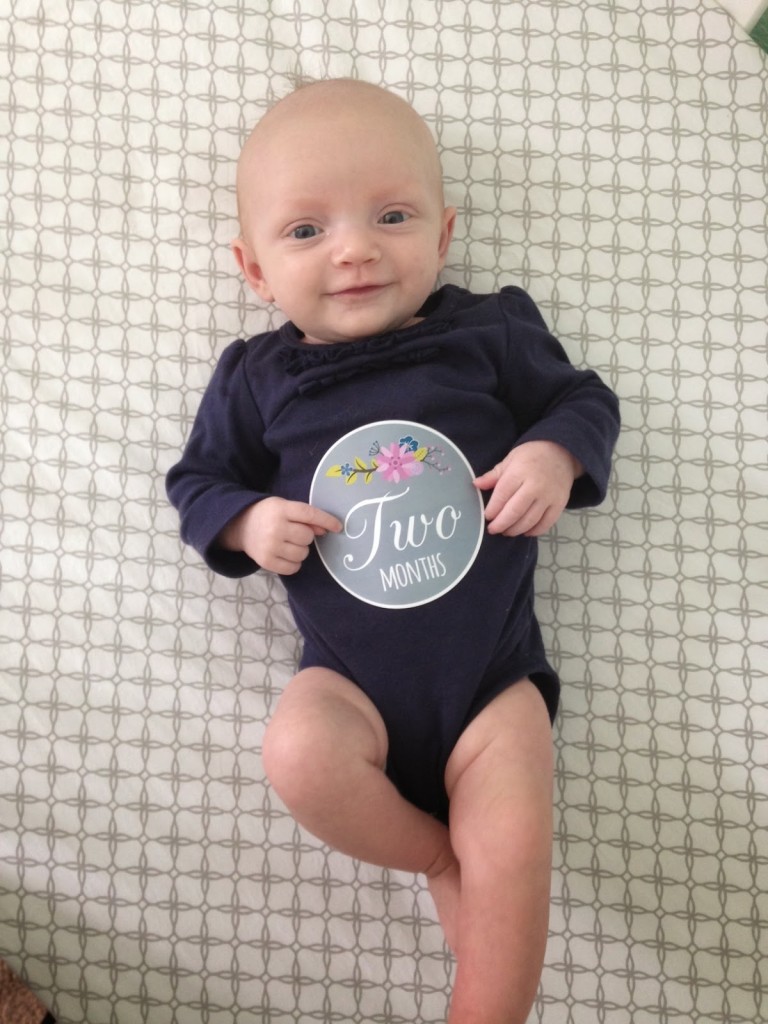 Blair has already become a little traveler – we went to the mountains in October for the weekend and just got back from a weekend at the beach yesterday. She’s done so well with riding in the car for longer distances and she actually sleeps longer when we’re on vacation, it seems like. Always a good thing 😉
Speaking of sleep, she consistently sleeps a solid 6-7 hour stretch every night, waking up at 6:30 or 7am to eat. She then goes back to sleep until 9-9:30am every morning. She likes her sleep…which makes us super happy! 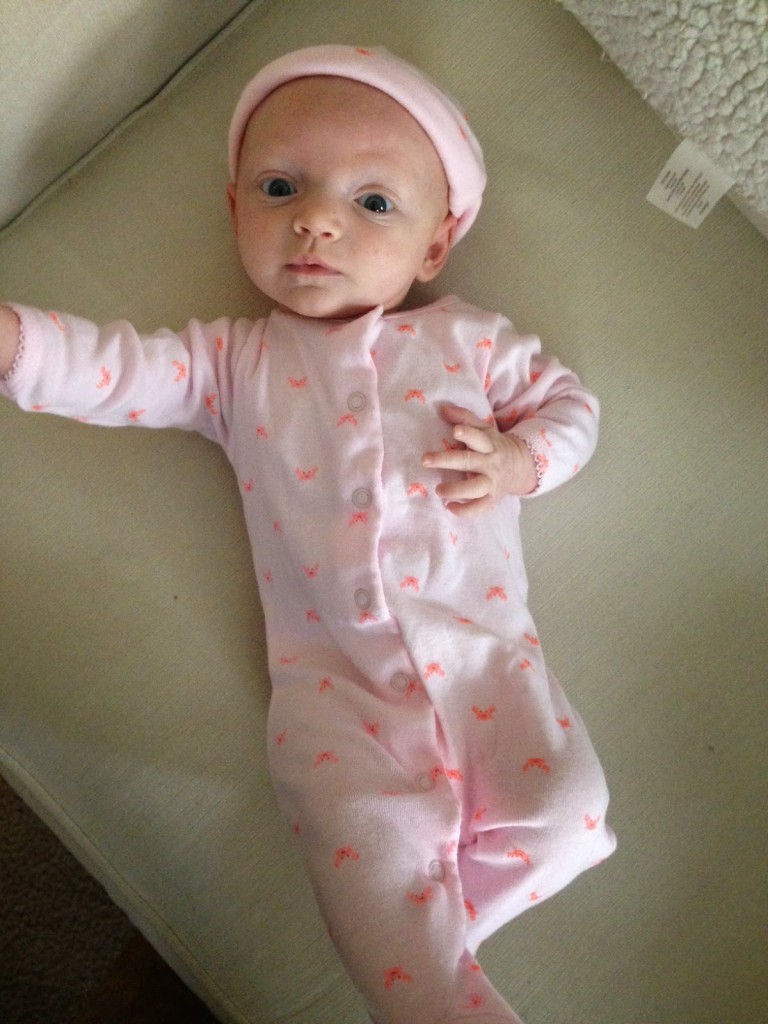 Her two-month doctor visit is the week of Thanksgiving, so she’ll actually be 10 weeks when that happens…and she has to get her shots, so that’s no fun! Also, we weighed her at my parents’ house because it seemed like she had a major growth spurt all of the sudden – and it looks like she weighs 12.6 pounds! Once she caught up to her birth weight, she started growing like crazy, apparently. So…all of the newborn clothes have been packed away and she’s comfortably in 3-month clothes. 🙁