Now, you might call me crazy for writing a post about a TV show. However, I have always thought of One Tree Hill as more than just a show on television. Since the beginning of the show in 2003, viewers have had the chance to grow up with the characters and the storyline. Many OTH fans have been able to relate to the circumstances that were featured in the show. I know I have. Who knew that a teen television drama could grow into a story about young adults navigating through “real life” situations that would be able to make an impression on a wide range of viewers? I certainly didn’t when I first began watching the show. I was a young teen at the time, so of course I appreciated the high school drama that many of the early episodes highlighted. However, it didn’t take long for this little TV drama to turn into something big, something that was meaningful and very relatable. 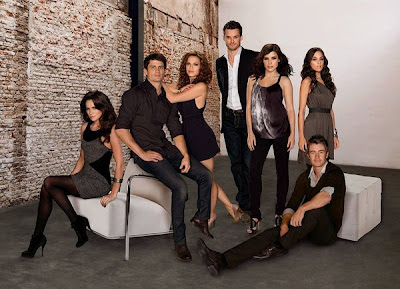 There were rivalries between teams, between siblings, between families. There were situations involving “mature” topics, including drugs, alcohol, medical conditions and relationships of all types. And of course, there were still the dramatic high school situations that viewers had come to expect of OTH. I think one of the main aspects that drew viewers in was the “reality” of the situations presented every week in each new episode. I felt like I’ve grown up with the show, especially after the fourth season when the show skipped ahead to post-college life. I never knew that a TV show could make an impression on me…I don’t even really watch much TV to begin with. OTH was just different, and because of the great storylines, appealed to me enough to make me a permanent fan of the show.
Here are a few of my favorite things about OTH…in no particular order: 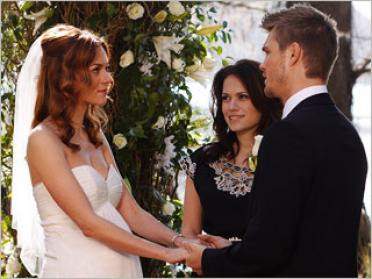 Truthfully, I could probably keeping listing things I love about OTH, but I’ll spare you all of those. 🙂 I just felt compelled to write something about the show, since tonight is the series finale and it’s so crazy to think that at 10pm tonight, there will be no more new episodes to watch every week. I think the biggest impact it has on me is that I feel OLD! After watching 9 seasons (9 years!) of OTH, it makes me wonder where that amount of time has gone. It slipped by so quickly – I remember sitting there in 9th grade watching the Pilot episode and thinking about how easy it was to relate to the show and here I am 9 years later, a college graduate and working full-time, planning my wedding….and still able to relate to the heartfelt show that blossomed out of a silly teen drama. 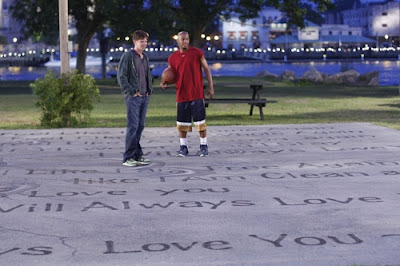 If you’re a One Tree Hill fan, you probably already know when the series finale airs this evening. If you aren’t a dedicated OTH viewer but feel compelled to watch after reading this, the finale airs tonight at 8pm EST on The CW. Enjoy!