If you caught my gender reveal announcement on Instagram Stories last week, you probably saw that our third baby is a GIRL! That’s right – we will officially have *three girls* in August! I’ll be honest, I really had no intuition either way as to whether this baby was a girl or boy – the only thing I did know what that so far, this pregnancy has been similar to my last one in every possible way. Lots of all-day sickness, craving all things lemon, etc. 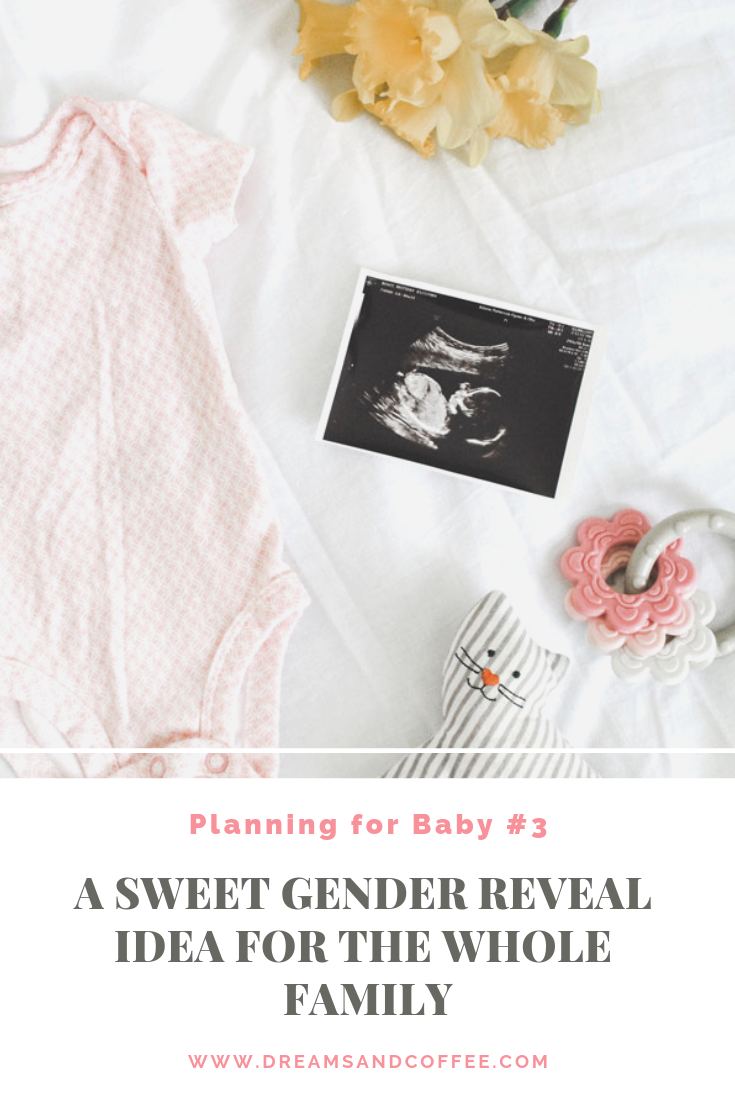 It’s actually so funny that we’ve ended up here – with three girls – because I was certain we would end up having boys before we were pregnant with our oldest daughter. My family is made up of pretty much all boys on both sides and I’m an only child, so I just based my guess off the trend I saw at the time. We had a big gender reveal party with our first baby and I totally thought it was going to be a boy, so when we cut open the cake to find pink icing, I was literally shocked (in a good way!). I was a little less shocked the second time around when we found out our second baby was a girl, but still surprised nonetheless. This time, I was a little more nervous about finding out, because with two girls, I feel pretty confident in parenting girls (some days!) and I felt anxious about the possibility of the dynamic changing. Needless to say, our only desire is to have a healthy baby, so of course, we would be overjoyed with either gender. But, knowing that we will have three little girls brings a certain kind of excitement to me – there’s something fun and sweet about sisters and I hope they’ll always be close growing up together.

With my second pregnancy, we had the sonographer tell us the baby’s gender during the ultrasound, which was a lot less *exciting* than the gender reveal party we had for our first baby. It was still fun, because we surprised our parents by putting together a little box of all things pink and sending it to them to open. This time, I knew I didn’t want to find out during the ultrasound and I really wanted to include the girls in revealing the gender so we decided on having a cake or cupcake filled with either pink or blue icing. I also didn’t want to have to wait to find out, so when I started calling local bakeries and they said they needed a 24-48 hour notice, I was super discouraged. 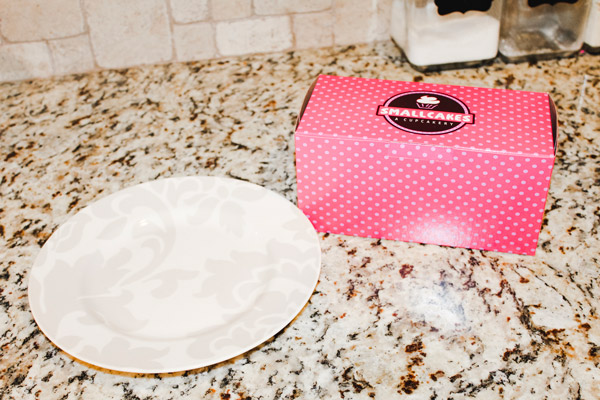 We really lucked out when a sweet little bakery near us, Smallcakes, said they could make us a cupcake on the spot. We had the sonographer write down the baby’s gender and put it in an envelope and we stopped by Smallcakes on our way home. My husband took the envelope into the store and he said the ladies squealed in the back room when they opened the envelope, which made me curious on the drive home, but I also reasoned that everyone gets excited about different genders, usually depending on what gender their own kids are, right?! 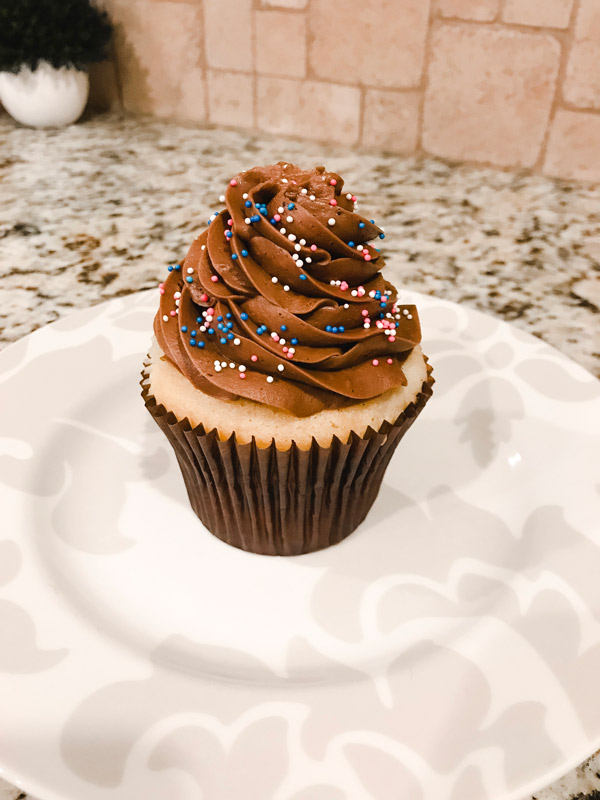 Basically as soon as we got home, I took the cupcake out and carefully put it on a plate and didn’t look too closely for fear of seeing remnants of the icing somewhere! We let our oldest daughter cut it open with a little assistance and as soon as I saw the pink icing, I was blown away yet again (third times a charm!). I truly wasn’t expecting one gender over another, but I just feel like we’re meant to be girl parents! Needless to say, the girls were excited to find out they were having a sister but really, they were just excited to eat a cupcake. 😉 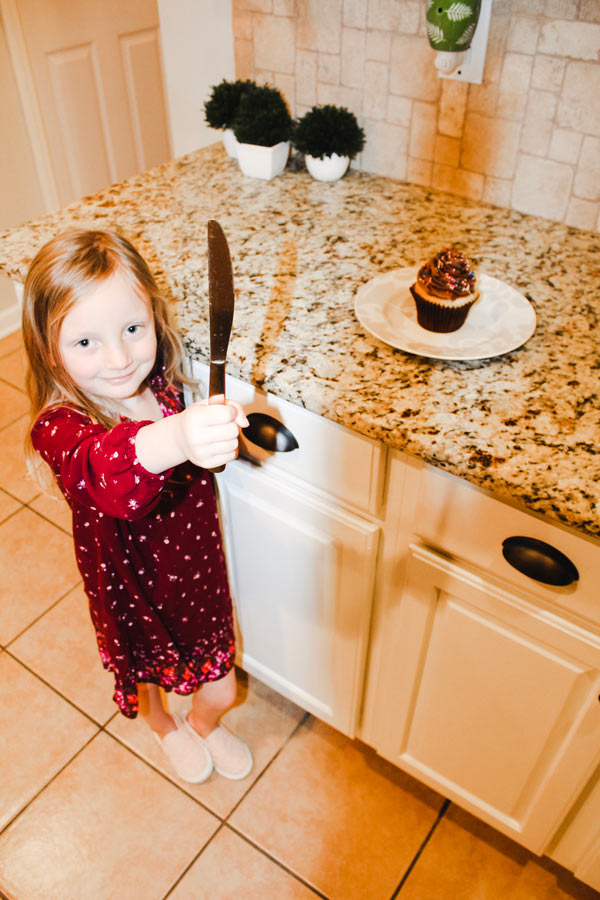 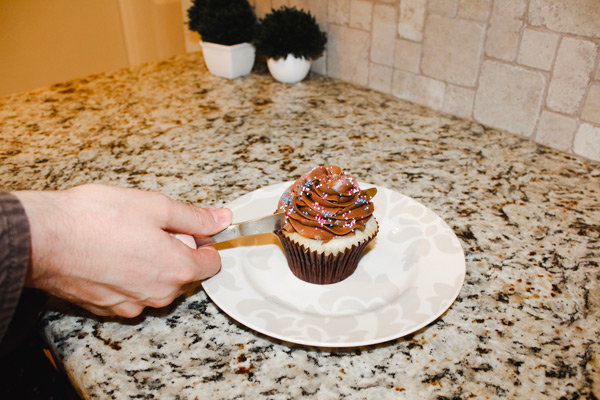 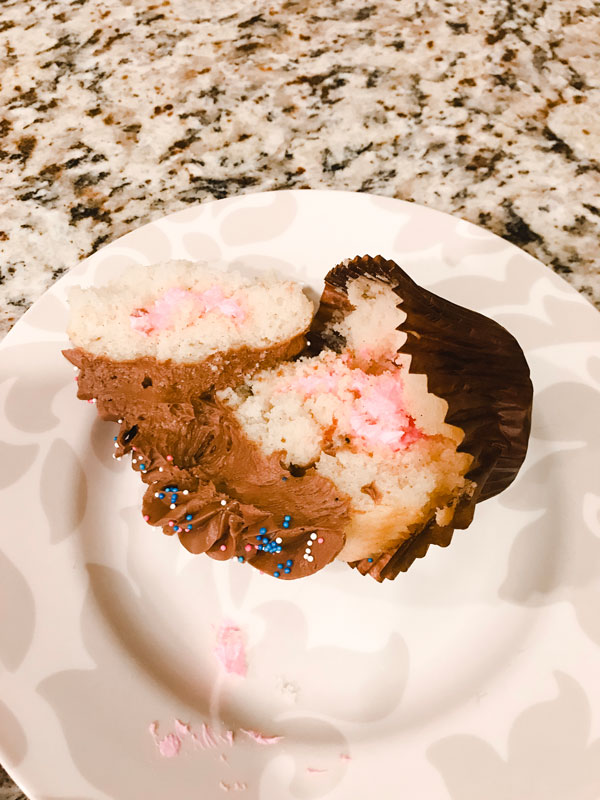 I think this was such a fun way to do a small-scale gender reveal and include your kids and I would totally recommend it if you need an idea! A big gender reveal party is fun, too, but now that we’ve been through that and we have two kids to share the excitement with, it was sweet to do something small with them to celebrate.