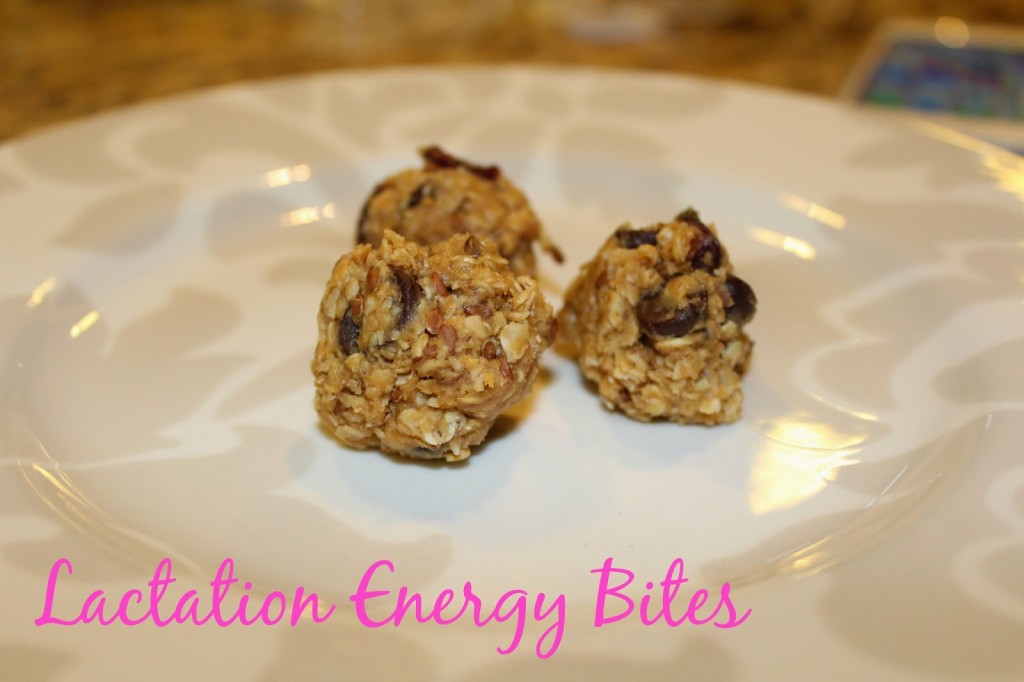 A while back (as in November last year), I asked the Instagram world for a good lactation cookie recipe, and I ended up trying one that someone had suggested. While it didn’t taste bad, it was literally like eating a regular cookie – with the addition of Brewer’s yeast. I try to eat a pretty healthy diet…which means I didn’t want to snack on unhealthy cookies all day as an excuse to ‘boost my milk supply.’

After several rounds of trial and error with lactation cookies, I finally found a recipe with Brewer’s yeast that actually A) tastes good and B) really does help produce more milk. I was looking for something a little more wholesome – and without butter! Enter these energy bites – I’m sure they could be healthier (maybe without chocolate chips…but that would be lame) – but they actually taste good and really boost your milk production!
Here’s the original recipe, but I adapted it slightly…because for some reason, I have trouble following recipes. 🙂
*Note: I omitted the coconut that the original recipe called for because I didn’t have any and I’m honestly not a huge fan. I’m sure it would be good with the coconut, though!
How to make the energy bites:
1. Combine the dry ingredients (oatmeal, flax seeds, Brewer’s yeast, chocolate chips, and dried cranberries)
2. Add the peanut butter, honey and vanilla. You can use your mixer for this, but I ended up mixing by hand because my mixer bowl needed to be cleaned (as usual – we use it all the time!) – and it worked fine.
3. Refrigerate the mixture for 30 minutes to an hour.
4. Roll the mixture into small round balls and store in the fridge. 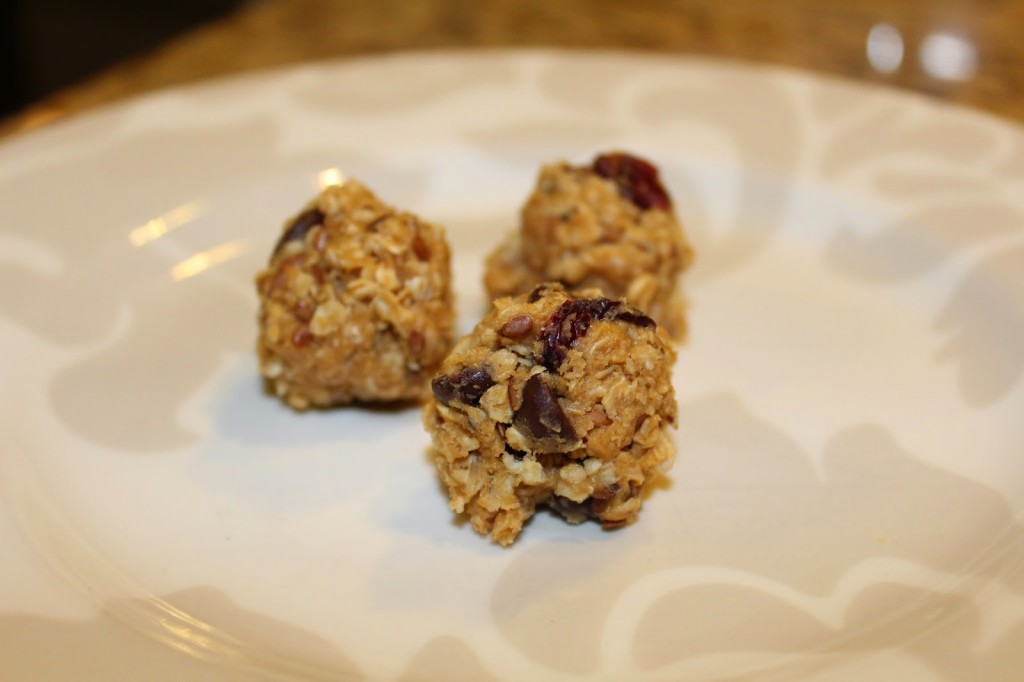 I eat a few as a snack during the day, and I definitely noticed an increase in milk production. I also take fenugreek regularly, but I think Brewer’s yeast is more potent and has a more dramatic impact on how much milk I produce when I pump at work. I still don’t ever really overproduce, it’s more like just enough, but I do get more milk when I pump between nursing sessions. Breastfeeding/pumping is hard work – but so worth it!