This has quite possibly been the busiest summer of my life. Actually, I’m positive that it is. This is my first summer with a full-time job (yes, I’m a naive youngin’ who was a “student” for the past 17 years…welcome to the real world, I know). On top of working, I’m planning my wedding…and there are only two more months to get everything done {yikes!}. So anyways, I woke up yesterday realizing that it was already JULY 25th. Summer is nearly 2/3 over with already! I was going through my iPhone album and realized I had a ton of photos that I’ve taken this summer, so I thought I’d share some and the story behind the photos. Just catching up. 🙂 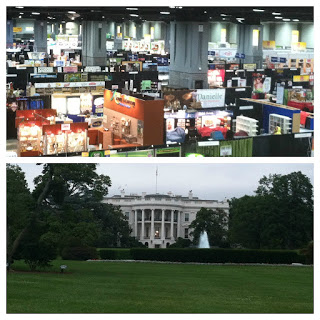 {1} Went to Washington, DC in June for the Fancy Food Show. The company I work for exhibits our products at quite a few of these large gourmet food & beverage expos. Since the FFS was in DC and I live about 4 hours from there, we ended up driving up. M went with me, and we had just a little bit of free time to explore the city. We went out to dinner on the last evening at Circa at Dupont and then took our time walking to the White House and the National Mall. I’ve been to DC several times before, but I’ve still never managed to stay long enough to see everything! 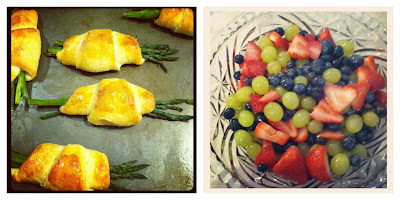 {2} Had a “Wedding Invitation Addressing Brunch” with a few of my bridesmaids and my mom. It was seriously the greatest thing ever, invitations for over 200 people done in NO TIME. I made a few recipes that I found on Pinterest and bribed the girls with food so they wouldn’t hate me for putting them to work! 🙂 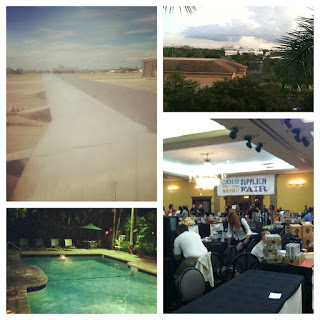 {3} Went to Ft. Lauderdale for a Whole Foods show in July, another trip for work. I was “on my own” for this one! I flew in on a Monday afternoon and flew out two days later, on a Wednesday evening. It was definitely an adventure of a trip. Flight was delayed leaving home because of storms, then we finally took off literally 5 minutes before they shut the airport down due to lightning. Admittedly, flying by a thunderstorm looks awesome…which says a lot coming from the most anxious flier you’ll ever meet. I had to literally run across the terminal in Atlanta to catch my next flight, due to being delayed on my flight to ATL. Checked into my hotel, then tried to convince the hotel desk clerk that I was completely capable of walking to Target that evening by letting her know I backpacked through Europe last year. She insisted that the hotel concierge drive me to Target. Oh well, certainly not complaining about that one. This is probably weird, but I find traveling alone strangely calming. I love hitting the hotel gym, then relaxing in the pool or hot tub, then capping the night off by reading or watching trashy TV (thanks to the Real Housewives…). That last sentence just made it sound like I was on vacation. Oops. So back to the work aspect: I spent the next two days at the show from 9am-5pm both days, then went directly to the airport to catch my flight back home. After a detour at the Cruzan Rum Bar in the Ft. Lauderdale airport for like an hour. Oops again. 🙂 This trip was plagued by stormy weather, though, and my flight leaving Ft. Lauderdale was delayed due to a storm in ATL. I was all ready to start sprinting across the ATL terminal to my connecting flight, when I realized they moved my gate to literally right across from the gate I was coming from! Thank goodness. Once I boarded the plane headed home, I got settled in and waited for take off….but that didn’t happen because a terrible storm was sitting right over Atlanta and I saw some of the sharpest lighting I think I’ve ever seen. As bad as I wanted to get home (it was already 10pm), I was definitely okay with sitting on the tarmac waiting out the storm. ha. We finally were able to take off, and I got to see yet another storm as we were flying by…I think I’m getting over my flying anxiety because I wasn’t even the slightest bit disturbed by all the lighting as we passed it. Got home after midnight…super long day. I love traveling, though, and I feel so lucky that part of my job revolves around traveling & meeting new people! 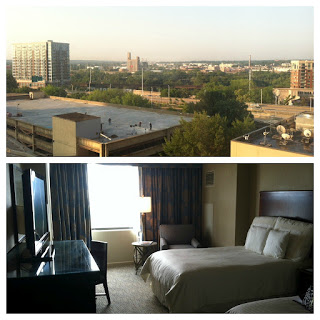 {4} Went to Richmond for a conference for work last week. It’s really nice to travel and have a change of scenery instead of sitting in front of my computer every day. Plus, anytime I travel for work, I have the opportunity to meet and network with many influential people! 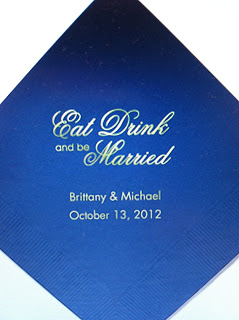 {5} Got these super cute cocktail napkins for the wedding! This is a crappy picture that I took with my phone from the computer screen, but the real napkins arrived a few weeks ago, and I love them! Getting all of these smaller details together is fun….and we still have many more details to get together. Maybe just a little bit stressful to think about, but still fun nonetheless. 🙂 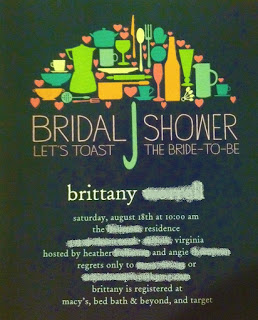 {6} Wedding Shower season is almost here! I had to share my invite that my sister-in-laws {to be} picked out because it’s super cute. I kind of ruined it by crossing out all of the personal info, but you get the idea. 🙂 Two of my aunts & my cousin are hosting a shower for me on August 11th, then my sis-in-laws {to be} are hosting one the following weekend. I’m really excited! This makes the whole wedding thing seem that much more real. Not that it didn’t feel real before, but still 😉
I’ve caught up on a lot of wedding plans, but now that we’re just a little over two months away, I’m starting to feel the planning stress again! I’m meeting with a third (and hopefully, last!) florist on Saturday, sending out invitations, and starting on a few DIY wedding projects this weekend…hopefully making some progress! 🙂