I know I recently said that I haven’t been so creative with dinner ideas, but I was making a meal plan for the week (by going through my Pinterest boards…as usual) and I realized how many recipes I’ve tried! I thought I’d share some of the good ones, along with my healthier substitutions… 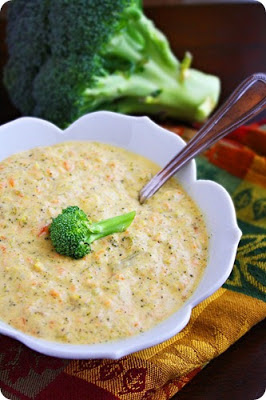 Broccoli Cheddar Soup – I made this one last Friday night, and it turned out pretty good. It’s no Panera Broccoli & Cheddar…but it’s also a bit healthier!
How to make it healthier: 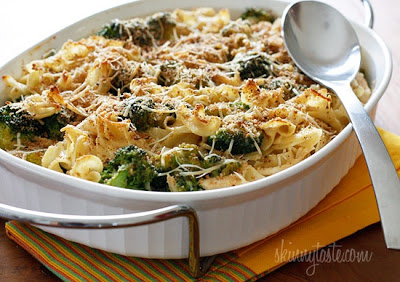 Skinnytaste’s Chicken & Broccoli Noodle Casserole – I’ve made this one twice, and both times, it was a hit! I generally don’t eat much pasta, but if I do have some, I like to make the dish as healthy as possible. The only things I do differently to make it ‘healthier’ is use unsweetened almond milk instead of 1% milk and I use whole wheat pasta. 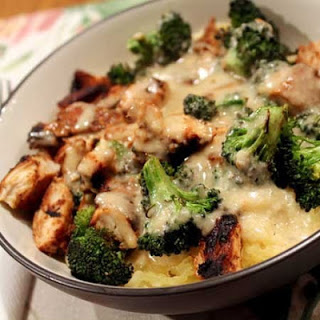 Courtney’s (of Sweet Tooth, Sweet Life) Skinny Chicken Broccoli Alfredo – I love using nonfat Greek yogurt in recipes, and this one is no exception. Courtney takes a typically unhealthy dish and makes it super-healthy and protein-packed!
Um….if you’re beginning to think we have a broccoli obsession…..well, we probably do. I like all vegetables, but M is a bit more picky – so we eat a lot of broccoli. At least it’s nutritious and full of antioxidants! 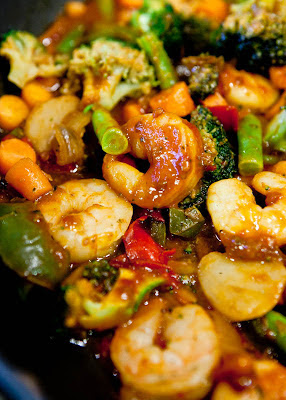 Shrimp Stir Fry with Fried Rice – I loosely followed this recipe, because in my opinion, it’s hard to mess up stir fry! I used to eat stir fry at least once a week in college. It was super easy to cook up some veggies and chicken for dinner!

My substitutions:
I actually found all of these recipes on Pinterest…even though it seems like most of the pinned recipes are unhealthy, I’ve been able to find a few healthy ones that actually taste great! Have you tried any good (& healthy) recipes from Pinterest?