The closer we got to Blair’s first birthday, I thought that I’d be most sad about the fact that an entire YEAR has gone by in the blink of

an eye. And it did, for sure. But what surprised me most when thinking about
her first year, was that I’m dreading the end of our breastfeeding journey.
There have been so many times I wanted to write about our experience, but for
fear of jinxing it all (and I don’t even believe in that!) I wanted to wait
until we’d made it a full year. Let’s start at the beginning. 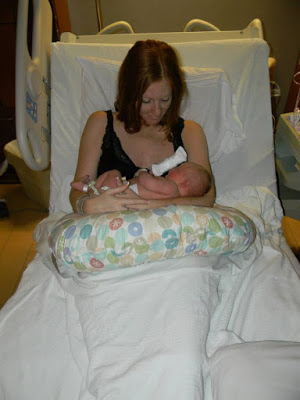 Long before Blair was even born, I knew I wanted to
breastfeed her. Our decision was reconfirmed when we had our childbirth class
at the hospital and the OB nurse shared more about the benefits and gave more
information about the how much support new mothers can get from the hospital’s
team of lactation consultants. I read lots of books, websites, forums, etc. to
learn as much as I possibly could.
Though I knew ‘plans’ were often hard to keep when it came
to childbirth and post-delivery, I went into it with a birth plan and intended
to keep it. The biggest thing on my list, other than a big NO to a C-section,
was making sure we had skin-to-skin right after delivery, because that can
really boost the potential for success with breastfeeding.
What was that about plans not going as intended? I should’ve
been prepared, I guess. 🙂
When my water broke at the hospital, my midwife noticed that
there was meconium – which could mean very little or it could be very serious.
There wasn’t really a way to tell how serious it was in Blair’s case, so my
midwife warned me that they would be bringing in the pediatrician during
delivery and that even possibly, Blair could be whisked away to the NICU at the
children’s hospital – miles away from the hospital where I was delivering her.
I was nervous, but hoped for the best, because that’s all you can do, right? 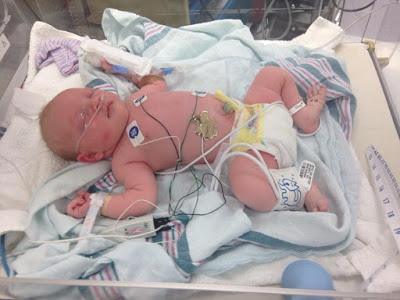 As soon as Blair was born, the pediatrician and nurses
immediately took her over and suctioned out her mouth and tried to remove as
much of the meconium as possible, while I sat there helpless, not really
knowing what was going on. Finally, they brought her over to me – but
unfortunately, I only got to hold her for about 2 minutes and then the
pediatrician said she’d need to stay in the nursery until further notice for
monitoring due to the fluid she had swallowed. The combination of emotions of
just giving birth, seeing your new baby for 2 minutes, and then having her
taken away got the best of me. My next thought was that our chance of success
with breastfeeding was fading – maybe a little bit irrational, but I was
crushed by not having the skin-to-skin time I had hoped for so much.
We were very fortunate that Blair’s condition after birth
didn’t warrant going to the children’s hospital, but nevertheless, it was a rollercoaster
of emotions. I did not get to breastfeed her the day she was born, and instead
had to pump so that hopefully my supply would come in. I remember pumping a few
drops of colostrum to feed her with a syringe and feeling defeated because I
was certain I wasn’t going to have success with breastfeeding. I pumped every 3
hours around the clock the first 24 hours after birth and finally, on Day 2, I
was able to go into the nursery and try breastfeeding. I feel so fortunate that
she took to it right away, and I visited the nursery every few hours to feed
her throughout the night. On Day 3, the day we were set to go home, Blair was
finally able to stay in our room and it was our first time truly taking care of
her. We hadn’t even changed a diaper up until this point! Needless to say, it
was scary. 🙂 All I remember from that day was that she wanted to nurse constantly – and she
did for over an hour straight! It was rough, not going to lie – but one thing
you should know about me is that I’m determined. 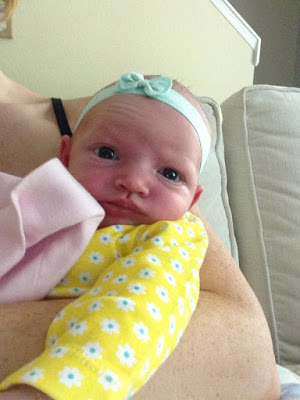 The first few weeks at home were a little rough, but I never
felt like giving up on breastfeeding. I knew it was best for Blair, and slowly
but surely, it started to get easier. After the first month, it even felt
comfortable. One of the best things was we could pretty much go anywhere on a
whim, because all I had to do was hop in the backseat of the car and feed her –
and I’ve done my fair share of that over the past year! It became second
nature, and to this day, it’s been a breeze (after the initial first month of
getting used to it!). 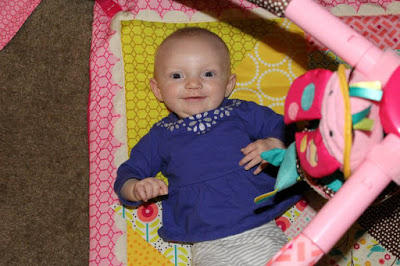 I’d say my biggest challenge has been PUMPING. When I went
back to work as she turned three months old, I knew that would become my
reality for the next 9+ months. Two weeks into going back to work, I accepted a
NEW job with a new company – so not only was I new to pumping, but I was going
into a new company where I didn’t know anyone! Luckily, the company is very
welcoming to new parents, so I didn’t have a problem acclimating. It was a
challenge, though, to find time on my schedule to pump three times per day. I
finally just made it clear on my calendar that I was unavailable at those
times. I think that approach helped me succeed with pumping at work – placing a
priority on it and making sure others know I have an obligation to attend to.
Despite the fact that my company made it easy for me to pump at work, I still
struggled many days to produce enough. I’d read many times before that the pump
isn’t as effective as a baby is, so it wasn’t uncommon to produce less when
pumping. Nevertheless, it was stressful to constantly worry about whether I was
going to pump enough for the next day! At around 8 months, I had to add a
regular pumping session as soon as I got home in the evening – so I was pumping
four times a day now – in addition to breastfeeding in the morning and the
evening. At about 10-11 months, I had to sometimes add ANOTHER session – so I
was doing five sessions some days. You bet I was exhausted. 😉 But, we were so
close to a year at this point – so I never even considered giving up! 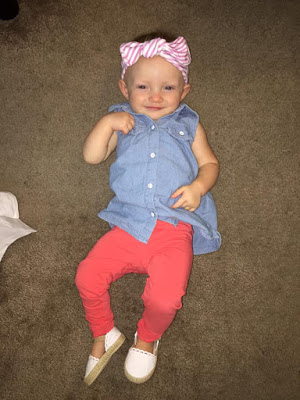 When Blair turned one last month, I realized that the
thought of breastfeeding coming to an end actually made me really sad – not
quite what I would’ve expected a few months ago! Also, she still enjoyed it and
wasn’t eating enough solid foods to completely replace it. She also still
nurses some nights if she wakes up at 3-4am – so I was knew that would be rough
to quit cold turkey. So, now that we’re at almost 13 months old, I decided to
focus on cutting back on my pumping sessions (so I’ll at least get some time
back during the day!) and still nurse her in the morning and in the evening. So
far, this is working well – and I’ve decided to let her make the decision as to
when we stop (within reason…I promise I won’t be breastfeeding her when she’s
3, 4, 5. Ha!). While I know I’ll be sad when we finally do stop, I definitely
have zero regrets because we made it to our goal of one year – despite the
initial challenges we faced! 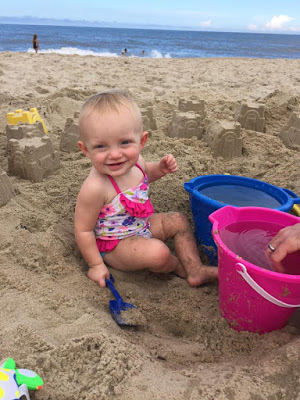 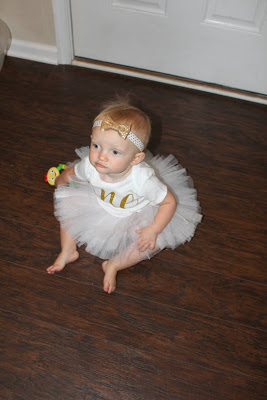 If I could offer any advice to expecting or new mamas, this
is it: 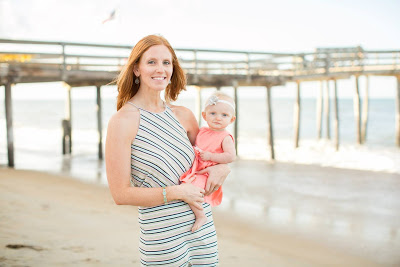