I’ve found that lately I have such a strong desire to escape back to my honeymoon. There’s something to be said about a carefree, tropical environment with NO smartphones, iPads, laptops, and minimal television (because it’s not so interesting if you can’t understand the language!). Oh yeah, and getting to spend quality time with my favorite person, ever. That’s what makes it so perfect 😉

I’ve found technology to be increasingly frustrating lately – maybe it’s because I’ve been a stay-at-home wife for about a month now (my new job starts Monday…more on that later!). I’ve cleaned the house so many times that I’ve confirmed I’m OCD, taken Paige on countless walks, shopped (too much), worked out so much, stalked Facebook one too many times, and made nice dinners almost every night for the past month. It’s truly exhausting…and the thing I’ve realized most is, I’m bored. Being a ‘stay-at-home’ wife is not for me, I tell ya. At the end of the day, I’m so ready for my husband to be home…simply because I crave interaction and carrying on a conversation with someone…particularly him, of course! And that’s where I’m going with this post…the interruption of technology in all of our lives.

Why I referenced our honeymoon earlier: because it was the best week of my life. And even the first week or so afterward was pretty spectacular. Then, things started to get busier for both of us: me, stressed over the job I had, while searching for a new job….and my husband, working AND getting his MBA, which means 3 classes per week in the evenings (he graduates in the Fall, thank goodness for both of us!). Everyone asks ‘How’s married life?’ (it’s great!) and ‘Are you still in the honeymoon phase?’ – which we very much are! 🙂 The only thing that I dislike is the impact of technology on our lives (and everyone else’s lives)! Why do we sit on the couch in the evenings together, yet we’re so engrossed in our silly smartphones or on the laptop or iPad? I mean, this is a common theme in life, I see it all the time – you go to a restaurant and see two people sitting at dinner, both captivated by whatever is on their phones instead of being captivated by what each other is saying. To say that I’m kind of ‘over it’ is an understatement – and I KNOW that I’m so guilty of it! It’s become a natural habit to constantly check my phone, because God forbid I’ll miss new photos on Instagram. I mean, really. Saying that aloud makes me feel like an idiot.
I’m really into social media, obviously…it’s always been a big part of my career, so naturally it plays a role in my life. However, I think being home and away from working full-time for a month has really helped me change my perspective a bit. In my last job, it was necessary to keep a close watch on the company’s social media presence, in case I needed to respond to a situation ASAP. However, now that I’ve stepped away from that role, I don’t really ‘need’ to check Facebook every 10 minutes. Truthfully, I probably didn’t NEED to back then, either – it really interrupted my life outside of work and I didn’t even realize it at the time.
I’m not exactly sure where I’m going with this post, but with the promise I made of being more open and honest, I just felt this was worth sharing. I’m positive that we all can relate to this – I’ve read many blog posts and articles on this topic recently, so it’s clearly on our minds. The next step is actually taking action…by stepping away from the computers and smartphones, and maybe even setting up a time frame for when it’s okay to use them at home. How can I make some changes, personally? Well, my husband has class three nights per week, so when he’s in class, I don’t feel so bad about reading blogs, checking Facebook, etc. But when we get home from work, and we’re cooking then eating dinner, maybe we should be more in tune to each other and having an actual conversation rather than burying our faces into something as irrelevant as Facebook. And the very few evenings that we actually spend together when he isn’t in class, limit the amount of time we’re on our phones and use that extra time to actually have a meaningful conversation. I’m definitely not saying we don’t ever talk or have meaningful conversation, but it usually happens after we’re ‘done’ using our phones/laptops/iPads….so usually right before we fall asleep at night. It should definitely be the other way around: we should spend a majority of our evening just being present, and enjoying each other’s company…and then a few minutes before bed is the time to check to make sure we don’t have any urgent messages to handle before the next day. 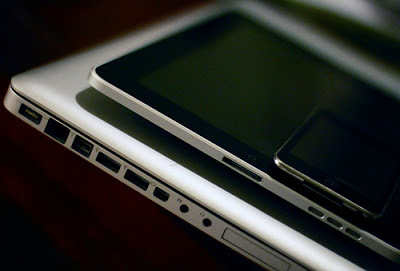 I actually think that this is a pretty hard ‘challenge’, if you will. Like many others, I’m so complacent and just have my phone glued to my hand at all times. When I get in the car after a Target run, I often grab my phone to see what happened while I was ‘away’. Writing that actually makes me feel the need to get a grip. It’s become such a natural thing that it will really take work to NOT do this. I just miss the good ‘ol days when I had a boring flip phone and I texted all the time. Even THAT was less distracting than a smartphone is. So, if you’re reading this and you feel like you can relate, try to become more aware of what you’re doing…when you pick up your phone, ask yourself why? If it’s for no other reason than habit, or worse, because you need to see what people are doing on Facebook…then get a grip. Really. In all seriousness, try to avoid complacency – be aware of what you’re doing and why you’re doing it. If you’re in the car with your husband, talk to him. If you’re sitting on the couch with your significant other, ask how his or her day was. If you’re at dinner with friends, ask what they’ve been doing lately. Just stay away from the horrible distraction called technology! 😉