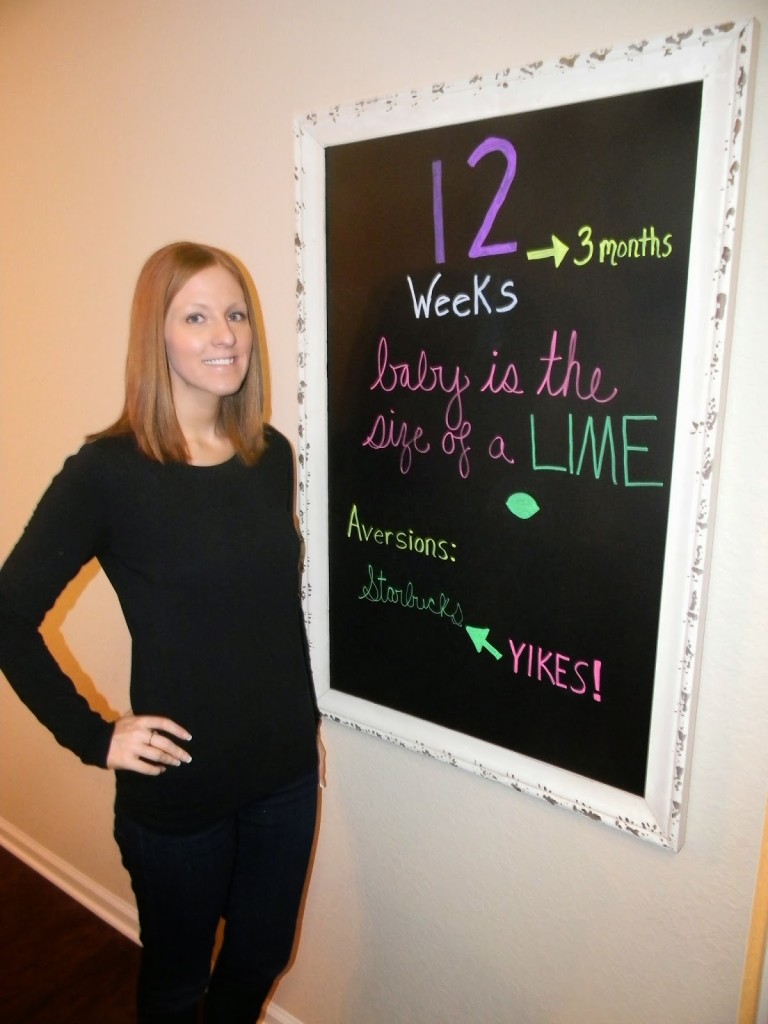 How far along? 12 weeks.
Baby size: A lime!
Weight gain: Not sure, but all of my clothes are still fitting. Can’t say that the waistline isn’t getting tighter though…
Maternity clothes: Nope – but I have a belly band ready to go once my jeans decide to stop buttoning.
Sleep: Wish I could get more sleep. It seems like it’s never enough! Weekday mornings, all I want to do is sleep late…but I have to work. On weekends, though…I wake up before 7am every. single. time. #frustrating
Gender: Not yet – we’ll know in about a month!
Movement: None yet.
Best moment this week: Finally feeling better and running 5 miles on Sunday. Most days, 3-4 miles are the max.
Looking forward to: Getting some energy back – the nausea has (mostly) worn off, but I still pass out on the couch before 8pm some nights!
Food cravings: Anything salty has been a consistent craving, but I had a random gummy bear/sour gummy worm craving the other night. And of course, Michael made a trip to the grocery store that night 😉
Weirdest food I ate this week: Hmm…honestly, nothing really out of the ordinary. However, the sour gummy worm thing was super weird for me, since I never eat them!
Anything making you queasy or sick: Strangely enough, sometimes taking my vitamins or brushing my teeth make me queasy. Ready to be done with that!
Labor signs: Zero.
What I miss: Knowing what it’s like to feel ‘normal’ – it’s been so long, and I can’t remember what life was like pre-pregnancy and before symptoms!
Symptoms: Exhaustion, occasional achiness, infrequent nausea.
Workouts: CRAZY as it sounds, I’ve been maintaining a 20-mile per week running schedule. There were 2 weeks (during weeks 6-8) where it didn’t happen, but other than that, I’ve been either running on the treadmill or outdoors with Michael. I feel SO much better when I work out, so it’s been worth it for me.
Things that suck: Keeping it a secret…when it comes to Happy Hour invites!
Things that don’t suck: Having a husband who cooks, cleans and makes frequent trips to the grocery store.